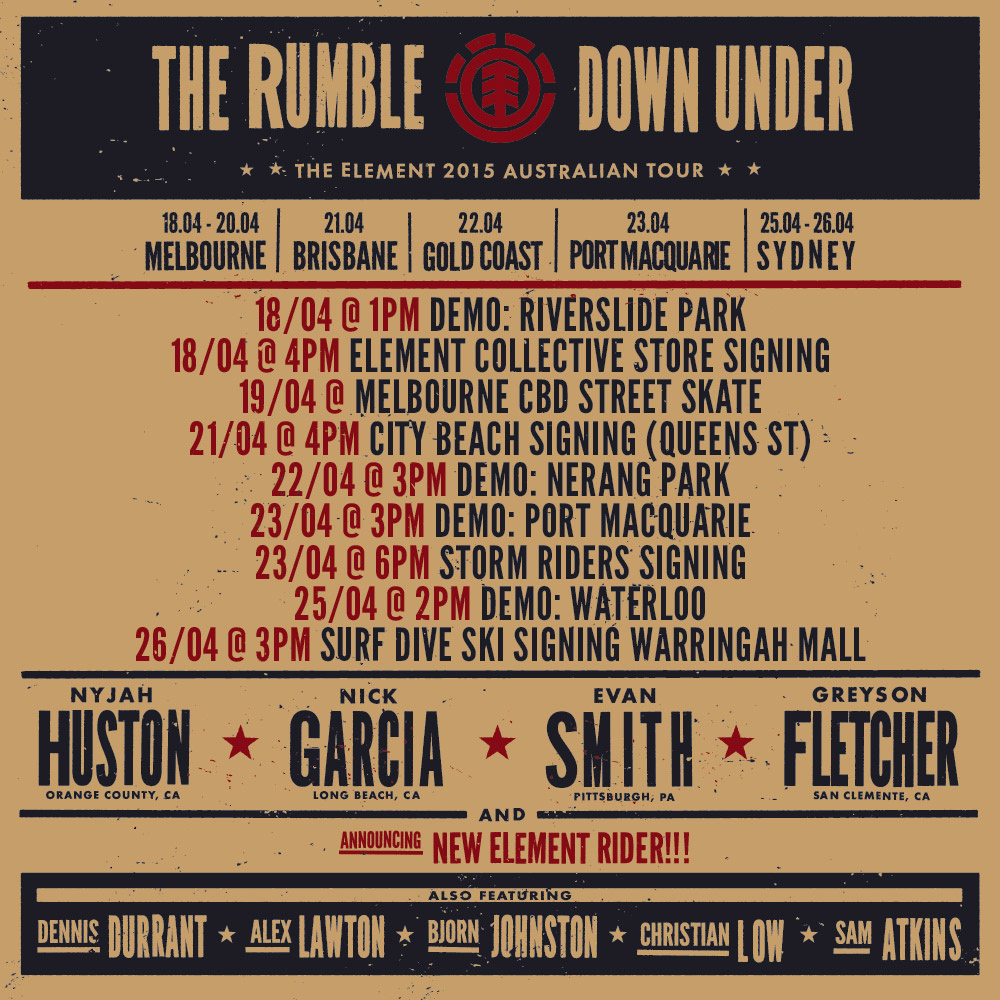 Element Rumble Down Under Australian Tour

The Element Team is coming to Australia and bringing the Rumble Down Under Tour for the first time in 11 years.

Port Macquarie is 1 of only 5 stops on the Australian Tour bringing with it the world’s best skaters Nyjah Huston, Nick Garcia, Evan Smith, Grey Smith and a soon to be announced team rider along with some aussie representation in Dennis Durrant, Alex Lawton and Sam Atkins to name a few.